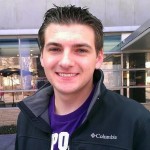 The State of Highly-Available Syslog

So, you've played with Logstash or one of the multitude of other log aggregation tools (Flume, Fluentd, rsyslog, syslog-ng, etc.) Now you want to start shipping logs from your networking and legacy devices to your logging infrastructure. For most situations, you can just turn on a syslog receiver on your indexer and point your shipper at it. However, when you have to perform maintenance or your indexer experiences downtime, log loss may occur.

There are a lot of different situations at hand that can affect the solution you use for minimizing or eliminating log loss.

There are a few things I've noticed in regards to the current landscape of networking devices and logging.

When it comes to journaling, some receivers come really close.

Given all of this, it appears that there is no easy way to perform exactly-once delivery. We have to settle for one of the following solutions.

If your goal is to just minimize log loss, then you can stand up two instances of your log receiver of choice and use keepalived. Use this with TCP or UDP syslog, depending on your network reliability.

On each indexer, it's trivial to setup keepalived. If you're using Ubuntu 14.04, just install with apt-get install keepalived and replace /etc/keepalived/keepalived.conf with the following contents. Adjust it as needed for your environment.

Point your shipper at the shared IP address and now you have nearly-free failover with at-most-once semantics.

Note that this topology will result in event loss if the indexer crashes, but the failure window should be minimal. When performing maintenance, simply stop keepalived on one of the nodes and gracefully stop the indexer. Once you're finished, restart the indexer and keepalived. This should result in zero event loss.

Sometimes log loss is unacceptable, like when dealing with strict auditing requirements. In this case, you would need to stand up multiple receivers, then have your shipper fanout events to them all. Of course, you'll need to perform some kind of de-duplication on the log stream.

There are different places in your pipeline you can perform de-duplication:

Obviously the further up the pipeline you can do de-duplication, the more efficient your remaining pipeline elements can be.

When it comes to the log indexers themselves, I couldn't find any that directly support de-duplication. However, if your log indexer has a filter that can hash the event to introduce a unique identifier, you can combine that with a de-duplicating database. I was informed by ragzilla on Reddit of this approach. Logstash provides a checksum filter that can be used with an Elasticsearch output. The checksum will be used as the document ID which means that when events are inserted into Elasticsearch, it will only accept the first unique event. This will be the easiest solution by far, especially if you only have the front-line receivers and Elasticsearch in your pipeline.

If your pipeline is more complex, you may need to introduce your own de-duplication solution earlier in the logging pipeline. This solution should scale to high volumes of logs, but will take a bit of thought to implement.

Basically, your shipper will fanout the logs to multiple receivers. These receivers will push directly into a "new events" queue in a RabbitMQ cluster. One or more workers will pull from this queue, and perform the following on each event:

Then the rest of your logging pipeline now can consume the de-duplicated stream of events. You can scale out the de-dup workers as much as needed because they use Redis as a concurrent set.

Some notes about this solution:

This hasn't been implemented yet, but it would be easy enough to do in Go, Python or Ruby. If there is enough interest, I would even be willing to take a crack at it. This seems to be the most promising solution for durable, exactly-once log delivery.

UPDATE: One possible project to use for this solution is duplog (blog post). It appears to be geared more towards Splunk, but might fit in perfectly in some logging pipelines. It has the ability to degrade gracefully in the face of a Redis failure, but also appears to be able to lose events if a worker were to crash directly after recording the event.

In this post, I discussed some of the barriers to highly-available logging from network devices that use the Syslog protocol. I presented some solutions, based on which delivery semantics would be desirable to the reader. In my personal opinion, it should never be a requirement for logs to never be lost. Durable logging is a tough path to travel down, one which will introduce a lot of complexity into a system that should otherwise be simple to maintain.